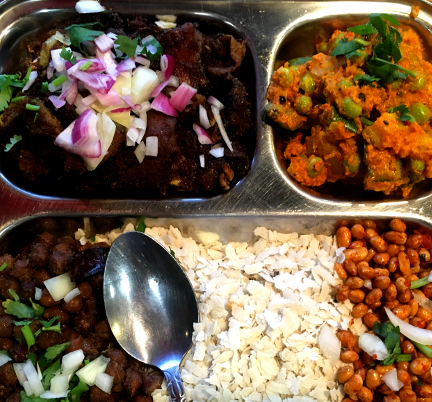 A party of monks sat at a table at Laliguras, wearing red sneakers to match their red robes. I faced away from them at the window, looking at an old McDonald’s across the street. I wondered if there were momos on the McDonald’s menu yet, this being Jackson Heights, where, I suspect, many people live entirely on momos.

To my delight, however, Laliguras (a Nepalese restaurant) features several interesting dishes that are far from momos, and are, in fact, far from anything Tibetan. Some of them are Newar. I ordered one of these, Bhutan Samayabajee. 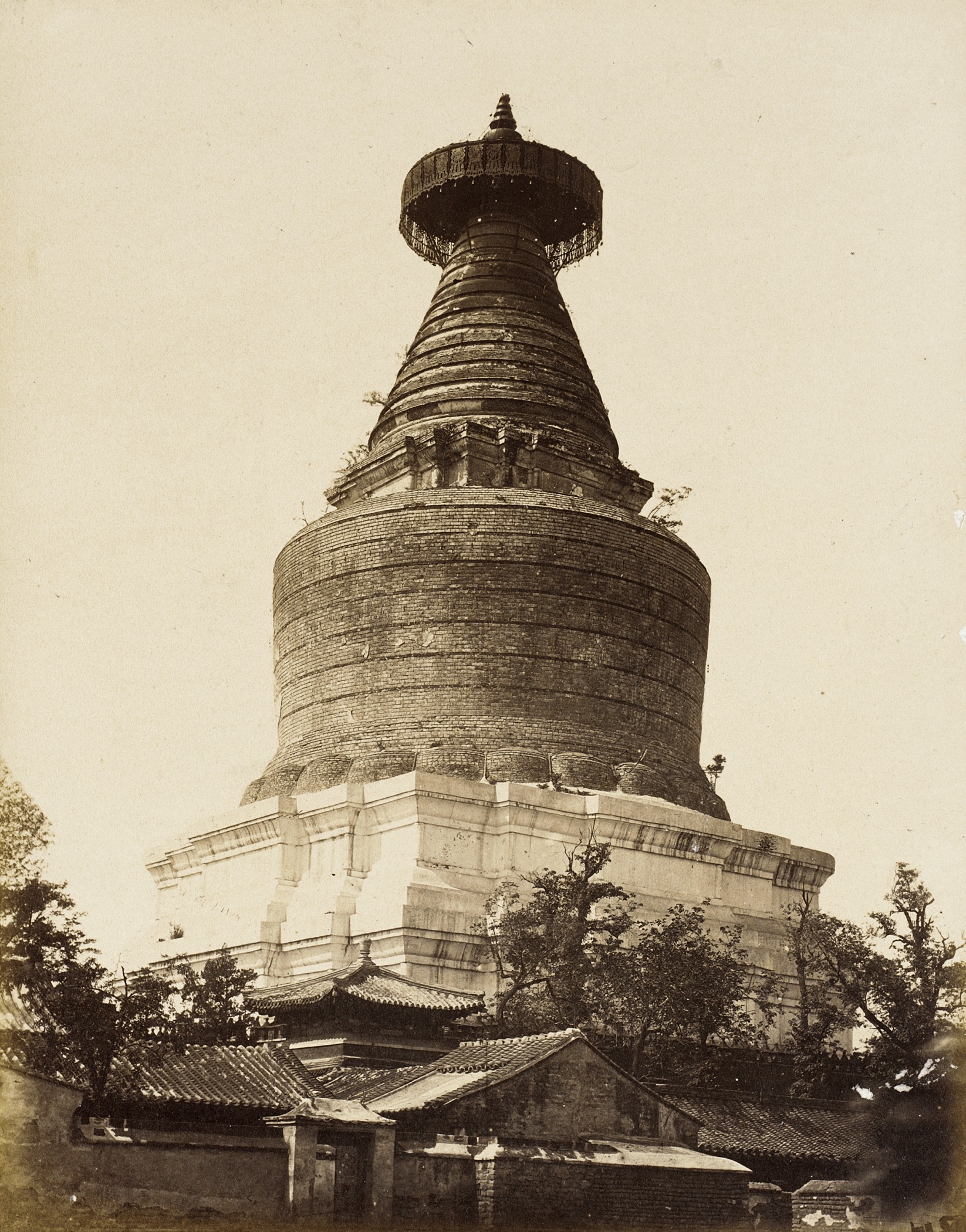 Miaoyang Temple in Beijing, designed by the famous Newar architect Araniko in the Yuan dynasty. Felice A. Beato (Italy, 1825-1908).

To appreciate Newar cuisine, it helps to know a little about the Newar people (I am learning). These are the people who populated Kathmandu and the surrounding kingdoms when the warlike Gorkhas swept through what today is Nepal and Northern India to form the Nepalese empire. The Newars created (and still create) wonderfully elaborate temples and shrines, and exported craftsmen to Lhasa, Bhutan, and China for centuries.1 They had kept records in Sanskrit from the first millennium and appeared to adopt many of the conventions of Indian culture (such as a caste system), but they spoke (and many continue to speak) a language of the Sino-Tibetan family.2

But while the Newars were renowned throughout the region for their crafts, the majority of them have historically been farmers. Newar farmers typically take baji, a midday snack, out into the fields with them to eat.3 But baji has become a part of larger feasts. 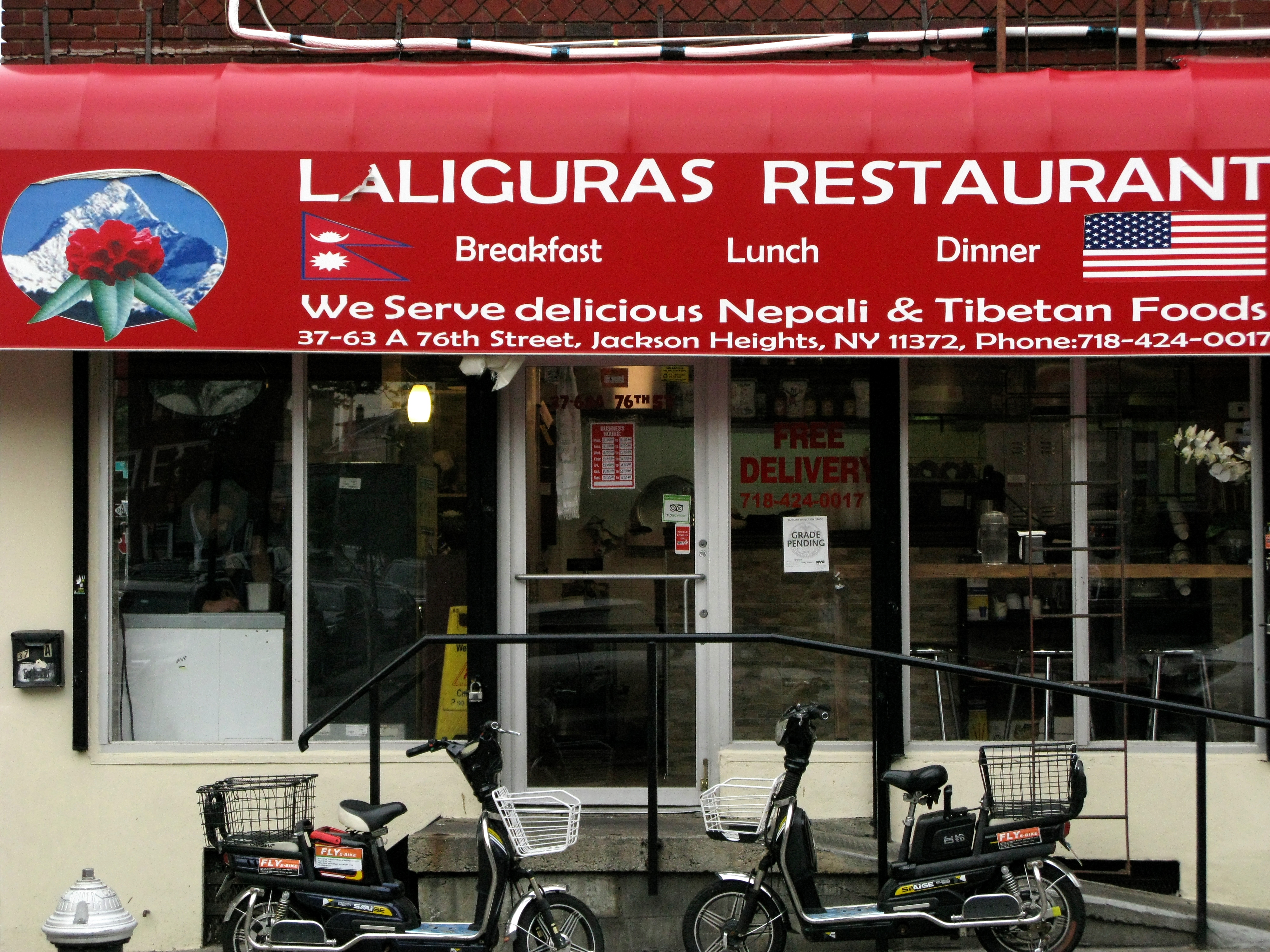 Bhutan Samayabajee is a spread of several different dishes, which can vary, but include baji. One of the essential items is chyura, or beaten rice. It consists of dry flakes of rice. It is reminiscent of American breakfast cereal, and seems to call for milk. I wanted to ask my waitress if I was supposed to combine it with something (like milk), but she was busy with her monks, so I just ate it plain.

Another item is roasted, spicy soybeans, which are also very dry. There was one more spiced bean that I was unable to identify. Altogether, the beaten rice and dry beans were a bit like trail mix, and I could imagine taking them out into the field on plowing day.

This is very different from anything I have encountered in Tibetan cuisine, and I imagined the Tibetan monks sitting behind me watching me eat my dry rice flakes and roasted soybeans with pure horror.

(It must be noted that there was a rotation of monks at the table behind me. The first party of monks left and a second party of monks came, along with some lay people, and sat at the same table less than five minutes later.)

There was, however, one item on the plate that would likely have suited Tibetan tastes just fine: fried-goat head. This was identified on the menu as “Bhutan,” which was what initially attracted my attention—was this Samayabajee from the kingdom of Bhutan? No, according to the waitress, “Bhutan” means goat-head in some language or other. She was quite sure that the meat was from the head of a goat, in any case. It was fatty and delicious.

On the side, perhaps conscious of the monks behind me, I ordered Tibetan Tingmo, which are large doughy rolls—very high in carbohydrates, and thus very pleasing.

A question has begun nagging me: Why are there so many Nepalese in Jackson Heights? It is difficult to ask about this politely. I suspect that the political turmoil in Nepal in the past few decades has something to do with it. It also seems likely that the expulsion of several thousand ethnic Nepalese from Bhutan in the 1990s may also have driven some refugees to the United States. Any anecdotes that could shed light on this would be interesting to me. (The comments section is open.)

One of the staples of samayabajee, along with beaten rice, is choila, spicy fried meat served cold. It is often dried, and at Laliguras it is very chewy.

At Laliguras you can order a larger serving of choila as a side dish. It is slathered in spicy sauce, but it is tough, sometimes almost as tough as jerky.
I also got a serving of steamed momos to go with my choila. Quite good.

One thought on “Laliguras, Newar Cuisine”